NOT
​​Click on each image for enlargement and description. 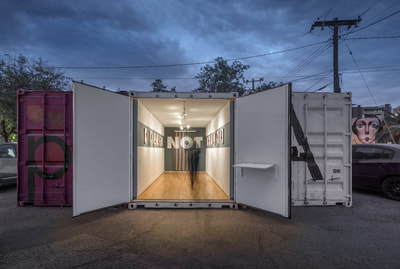 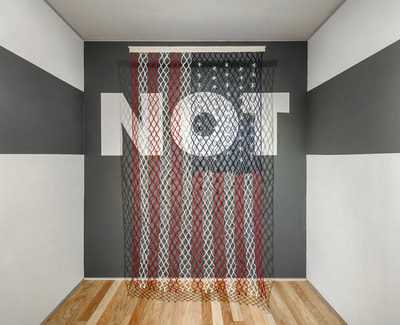 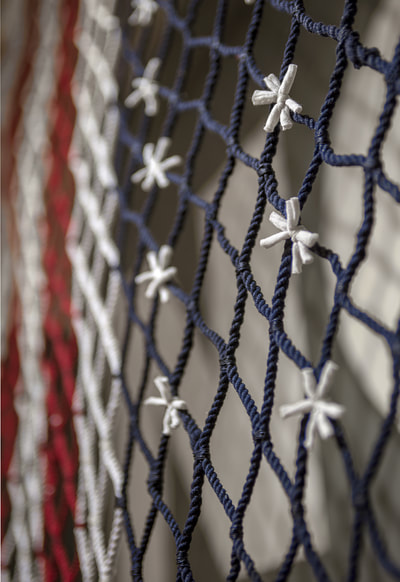 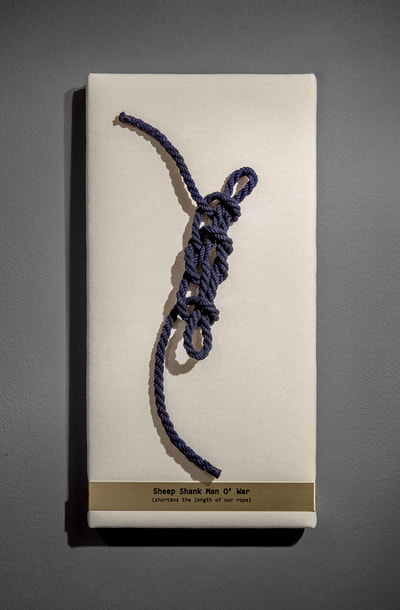 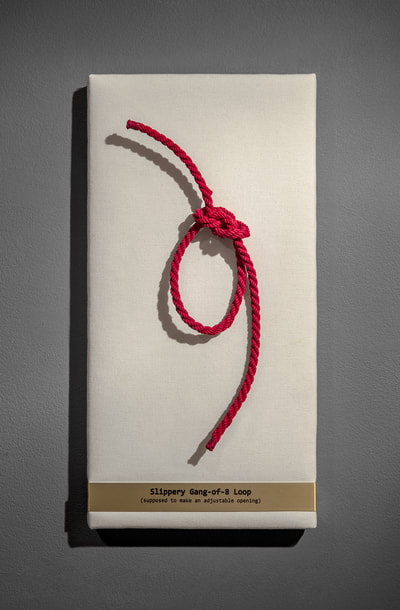 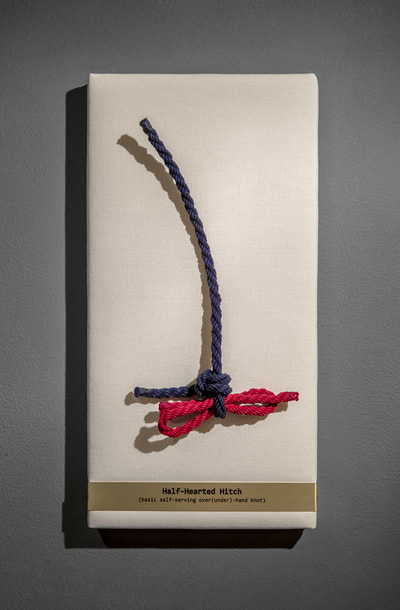 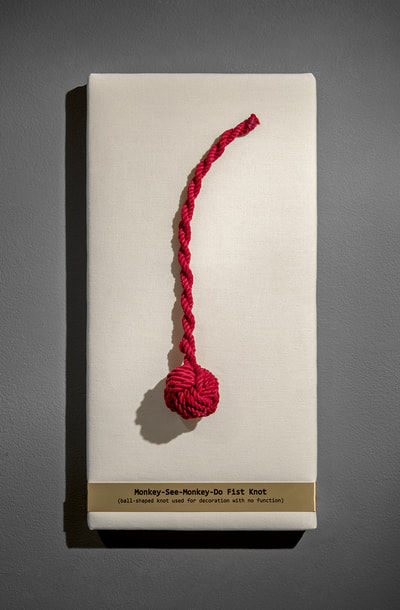 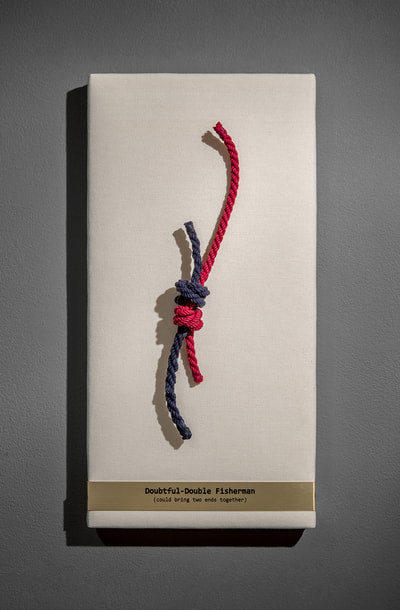 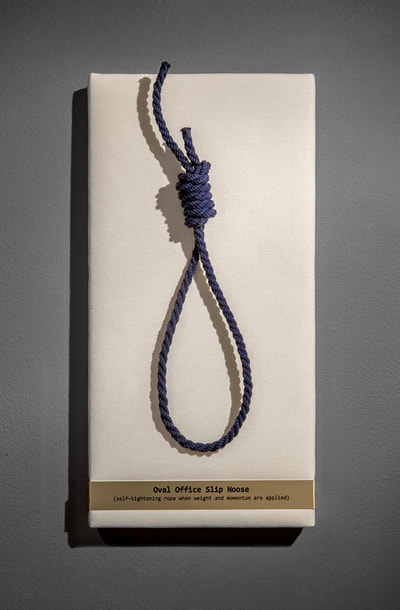 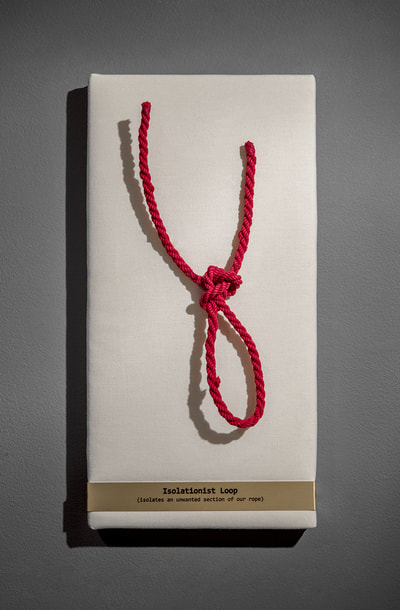 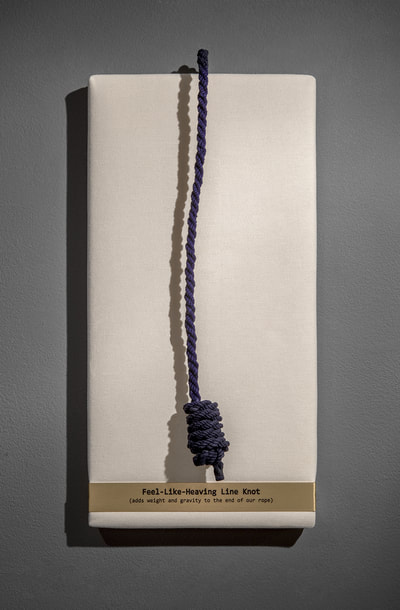 FEEL LIKE HEAVING LINE KNOT (adds weight and gravity to the end of our rope) Headline: President Trump Again Blamed Both Sides for the Charlottesville Violence and Asked if George Washington Statues Were Next to Come Down 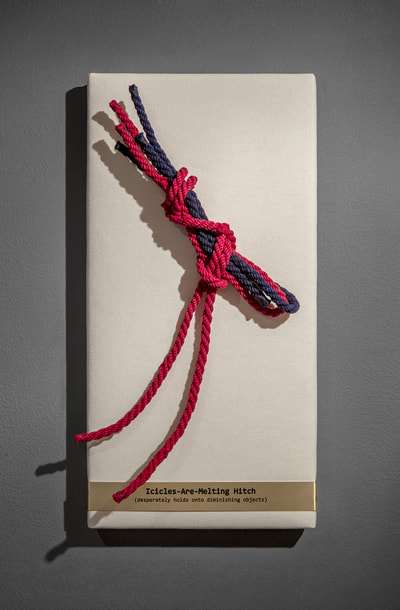 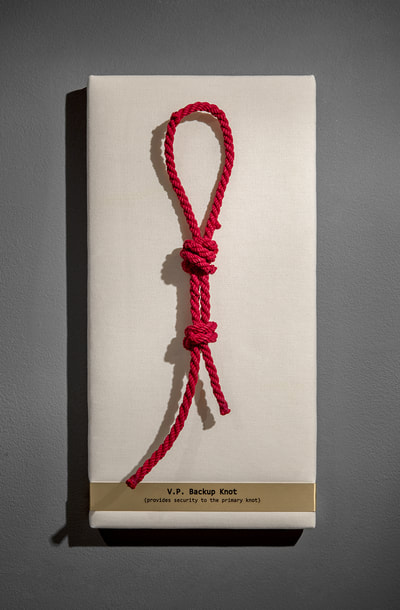 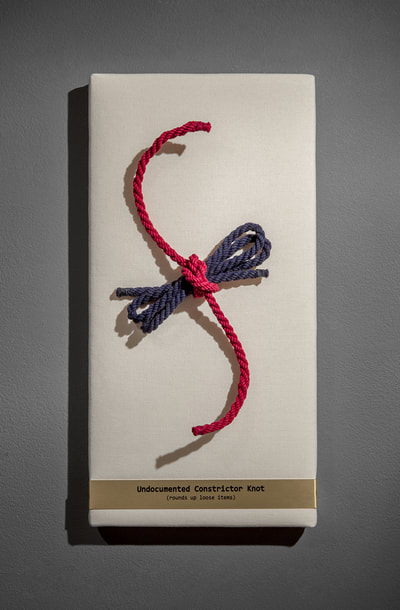 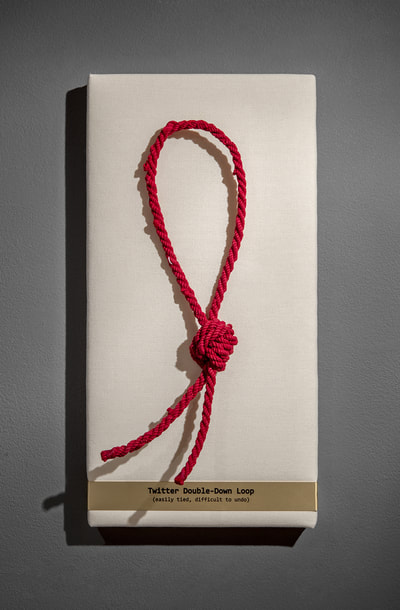 TWITTER DOUBLE DOWN LOOP (easily tied, difficult to undo) Headline: What’s a ‘Covfefe’? Trump Tweet Unites a Bewildered Nation
By most accounts, it seems that the Donald Trump management style is to divide, disrupt and create an atmosphere of chaos so as to keep all who serve under him, alert, suspicious, competitive – and distracted from his own lack of real ability to govern. This effect has taken ahold, not only of his immediate staff, but is threatening to permeate the culture of US all. The trouble is, he is in office to serve US, not visa versa.

The work in this exhibition is my personal attempt to translate this turmoil that I, and many in this country feel. We’ve been stripped, twisted, wound up tight, and tied into knots over what we are hearing and experiencing on a daily basis with this White House.

Using Trump campaign t-shirts that have been cut into strips, those long pieces were tightly twisted to create rope, and then tied into a series of knots. Each knot carriers a title and description based on its real-life name and purpose – but has been reinterpreted to reference the barrage of stunning headlines emanating from the Trump administrations’ antics and careless behavior.

The show is anchored by a knotted net, that is also made from Trump t-shirt ropes, titled “1300 NOTS - An Unlucky Meditation”. (the number of knotted connections making up this net) This transparent netting forms the image of the American flag.
​
2017