WE CALL THIS HOME
​North 32nd Street Public Art and Community Participation
Click on each image for enlargement and description. 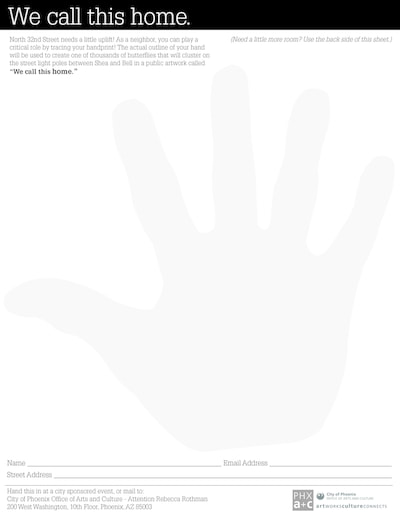 Participation sheet provided to neighbors to trace their hand outline 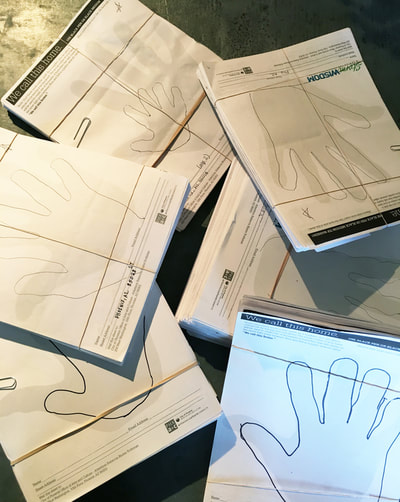 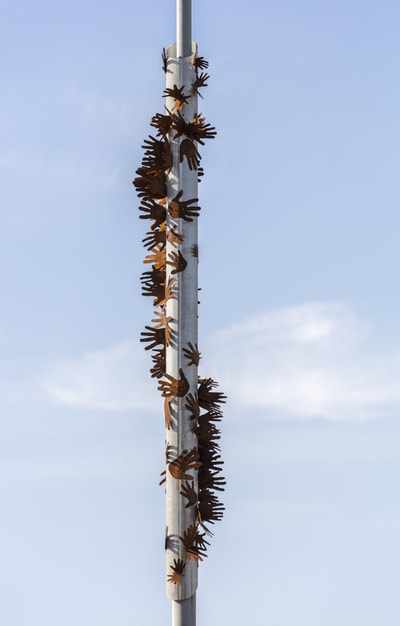 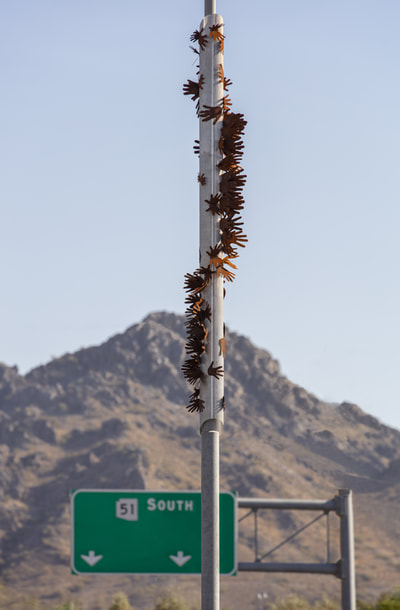 Backdrop of Piestewa Peak and the entrance to SR51 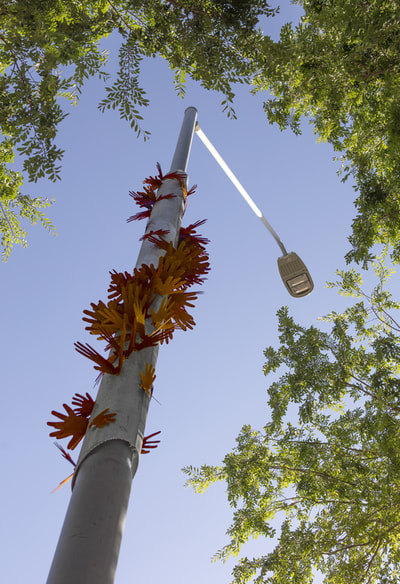 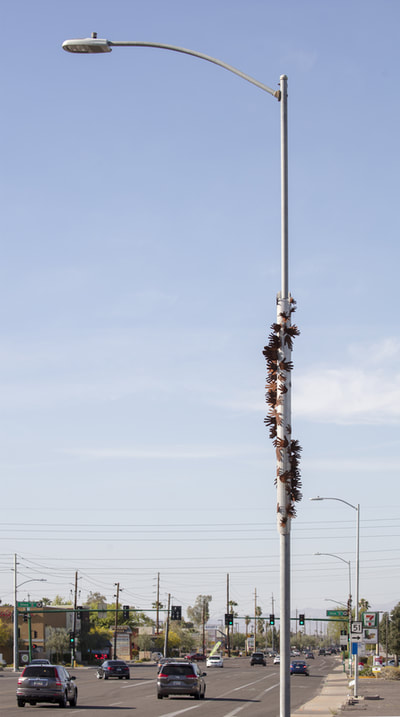 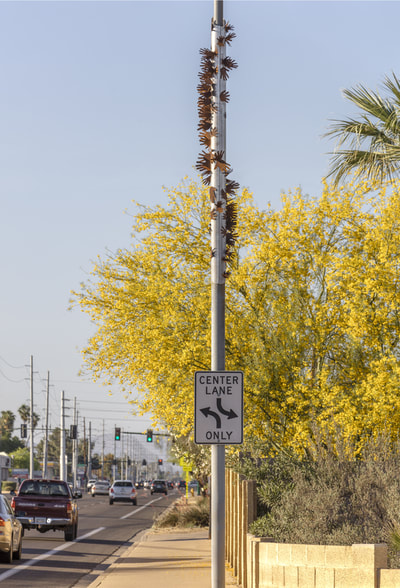 On 32nd Street, between Cactus and Thunderbird Roads 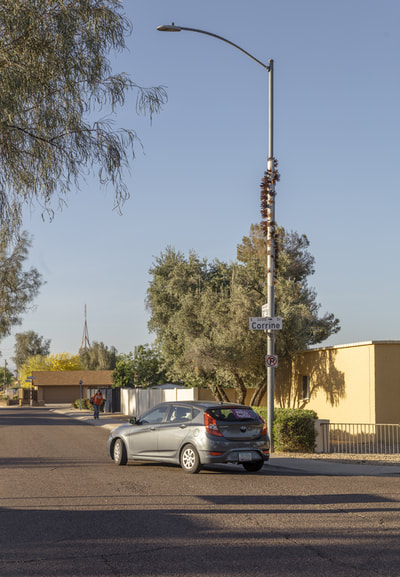 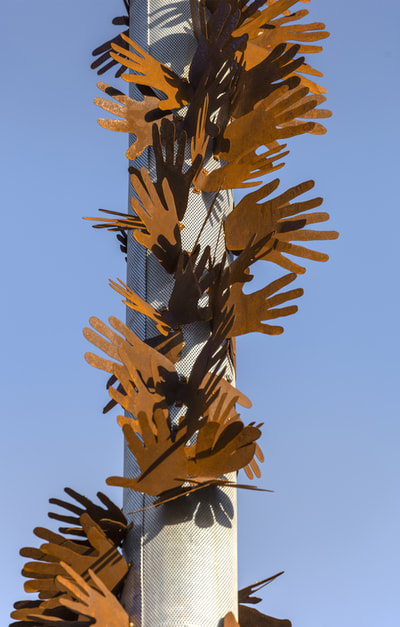 Butterfly hands detail
We Call This Home is a public art installation commissioned by the City of Phoenix Office of Arts and Culture and was developed from 2015 - 2017, with final installation in early 2018. Through a series of public meetings and an online survey developed by the artist in coordination with the City's project manager, the strength and synergy of the North 32nd Street Neighborhood District became evident. We Call This Home was inspired by the great migrations of Monarch butterflies as they travel from the cold North to the warmer South to find one particular place to come to rest. These "butterfly hands" are a "hands-on" reflection of the migration of these neighbors to settle here –  in this very unique enclave nestled north of the Phoenix Mountain Preserve and Piestewa Peak.

In an effort to directly involve citizens in this North 32nd Street neighborhood with this project, tracing sheets were made available through a variety of public venues - schools, public meetings, and business or community group gatherings. On these sheets, over 1400 neighbors traced their actual hands - from babies to elders, teachers, students, business owners, moms, dads and grandparents. Once gathered, the hand tracings were digitally outlined to create a vector file that was then mirrored and made into a digital file used to cut out the Corten steel "butterfly hands" These were then rusted to a bright orange, and attached to sleeves that then embellish a series of 30 street poles between Shea and Bell along the North 32nd Street corridor.

Just as the visual of the bright orange Monarch butterfly migration creates a special place as it graces the trees and plants at the end of its journey, so too do these neighbors who are represented on these street poles, make up the texture and character of this vital North 32nd Street Neighborhood District.

Fabrication and installation by Smithcraft, Phoenix, under direction by the artist.